Transformational change and continuous improvement are the right seeds for your community.

Does this implementation require a little effort? Yes, because it moves beyond just “giving back” per se. This effort requires involvement and understanding the needs of the community.

When you grasp their needs, you will immerse in the experiences and encounters. This takes on an entirely different meaning for you and your life.

In conversation with Sheila Cockrel, she explains what transformational change and continuous improvement really looks like in a community.

Let’s see what knowledge and wisdom she gives about change and improvement in the community.

Transformation change: Is it giving back or are you a part of something with meaning?

Sheila Cockrel, former Detroit City Council member, doesn’t believe in the whole notion of ‘giving back to the community.’ 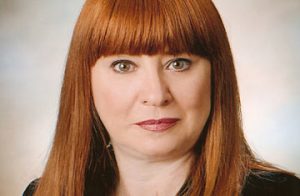 “I’m not giving back. I’m part of the community,” she said in a recent radio interview she had with me on The Senior Solution Show.

“This is my role. My responsibility is to be a part of improving the community, whether it’s cleaning up the neighborhood park, protesting policy brutality, or going to the mayor’s state of the city.”

She continues, “Those are all things that you do because you’re a member of a community.”

Shortly after leaving the Detroit City Council, Cockrel founded Crossroads Consulting Group where she provides public policy, public affairs advice and counsel to people who are trying to get involved in business in the city of Detroit.

Their current project, Citizen Detroit, is an extension of the kind of public policy and public/civic engagement that Cockrel was involved in for16 years on the city council.

The Younger Generation and Transformational Change in Community

With many years of experience in driving effective change, she realizes that the baton did pass to the younger generation.

They too have to be more intentional about what they do to drive concrete change in and around the community.

“I understand this social media world minimally. But I can tell you that‘liking’ an article or ‘liking’ an action that somebody else is taking is not engagement at the level at which social change can really happen,” she said. 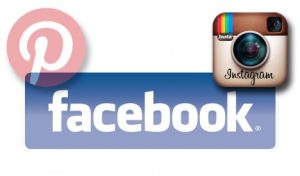 “Absolutely. They are tools. But, engagement–to genuinely be engaged on behalf of your beliefs, on behalf of people you believe in or want to help, it’s not sufficient.”

While many may say, “Well, I did what I could. I did my part.I’m going to pass the baton and I’m going to now smell the roses,” Cockrel says that this is part of her vitality as a living, breathing human being.

She is committed to being a part of the ongoing process, and she’s not passing a baton anytime soon.

She’s in it for the long haul—until she breathes her last breath. She adapts to changes in time and seasons, and she remains flexible in her thinking.

“The key is to keep yourself from getting intellectually rigid or emotionally rigid. Thinking like,‘This is the way it was; therefore, it’s the only way it can be,’ can get in the way of being part of a transformational change.”

Cockrel says that everyone has the ability to plant seeds toward transformational change. A group of people, no matter how small, even if it’s only two, can positively affect change.

In a nutshell, she encourages people of all ages to, “Always speak your truth, and never believe that your time has passed. You are never too old as long as you keep moving.”

“Social change literally is incremental. It is step by step.It is work that is never completed. And you play your role in your era and then you pass the baton when it’s time to do that—if you so choose.”

For more info on Citizen Detroit, visit their Facebook page

2 thoughts on “Transformational Change & Continuous Improvement Starts with You”