Lessons in Leadership: Teamwork is learned in Kindergarten

Everything you need to know about teamwork you learned in Kindergarten.

That’s right. The moment when using your favorite color crayon at table time was the highlight of your day.

The time you built your first house with the set of random blocks that were painted like red and white bricks. 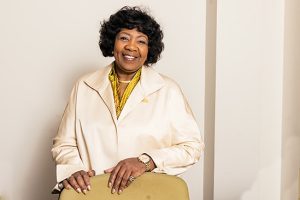 Recently I interviewed a few nonprofit executives on leadership on the Senior Solution Show.

Here’s an article I created from that series with one of the guests:

“Kindergarten is a major socializing piece, at least it was when I was a child some decades and decades ago,” said Alice Thompson, CEO of Black Family Development Inc.

“They teach you about sharing, fair play, honesty, and trust. Now, your parents do as well, but kindergarten reinforces it.

So, between my parents and kindergarten, and later on my faith walk, it all helped to root and ground me in these values that guide my everyday behavior.”

What was poured into her in Kindergarten, was then not only reinforced at Wayne State University (where Thompson received both her bachelor’s and master’s degrees).

But also during her time at the National Association of Black Social Workers and the NAACP. It’s her values that have led her to a successful career for Black Family Development.

“When you think about one’s values, regardless of what you may know in terms of knowledge or the skills you have, ultimately, in your everyday life, your values mostly influence you,” she said.

“So, I have intentionally developed over the years, crafting the things I thought were important in terms of values.”

It’s the values that Thompson uses to describe herself as a person. It’s what guides her every decision and daily behavior.

Those values–integrity, honesty, trust, compassion, faithfulness, and consistency—are what help her get the job done in excellence.

But she’s not naïve to assume that everyone holds the same values true to their hearts.

One major skill set Thompson says most people lack nowadays that everyone learned in Kindergarten is teamwork. 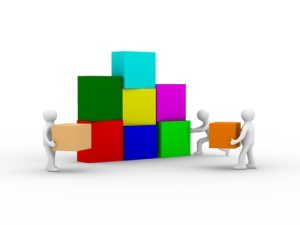 “In today’s educational system, there is such a focus on test results.

There’s such a focus on being able to acquire a certain skill set that we may have unintentionally not put the same emphasis on the value component,” Thompson said.

“Of course children socialize, but there’s a bit of difference in how we shape the priorities in education.”

“But, if we look at how it was years ago, we can do a little more about the value component that we teach children in our schools as it relates to socialization, trust, honesty, fair play, and sharing.”

As a member of the Detroit Area Agency on Aging Board, Thompson spends the majority of her time seeking to improve the life of the elderly, in addition to the Detroit metropolitan area as a whole.

“Senior citizens are sometimes home-bound, and we know that. So, we increase their outreach. They come to our meetings and present sometimes. Any successful program has to have a strong outreach component,” she said.

“Go to where they are. They can’t always get to where you are. Know what their needs are and provide those needs, and help them stay connected in meaningful ways.”

While Thompson isn’t certain of the timing of it all, she knows her next phase of life involves teaching at the university level as she shares the wisdom, the knowledge, the skills that she learned along the way. Even if it means taking her students all the way back to Kindergarten.

One thought on “Lessons in Leadership: Teamwork is learned in Kindergarten”